ART OF THE BELLY 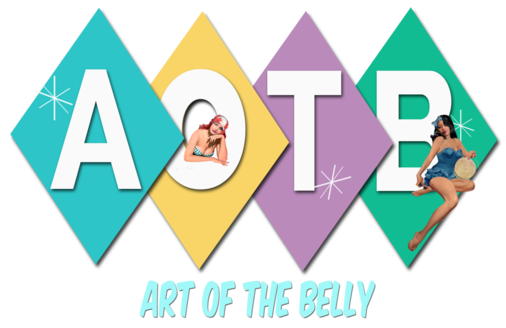 Infinity & Beyond: Don’t get stuck at the “average Maya” or the “Predictable chest figure 8! Join Angel Bellydance for this helpful workshop

where dancers can explore new, exciting and challenging ways to ROCK those figure 8’s for a more unique performance. This detailed workshop will leave you with plenty of new figure 8 movements and materials to utilize in your future choreography!

Friday 2:45-4:45  Krispy Kleen Isolations
Krispy Kleen Isolations: Have you ever watched a video of your performance and felt your isolations were not as precise or clean or as you thought they were? We have all been there! It’s not always about the size or speed of the isolation…it’s often about the control, technique, angles and even the CHOICE of movement based on the musical instrument and pitch of notes we are interpreting within our dance moment. Angel’s informative “Krispy Kleen Isolations” workshop is loaded with tips, tricks and illusion methods to help you clean up and enhance those isolations for a more CRISP and CLEAN statement on stage! 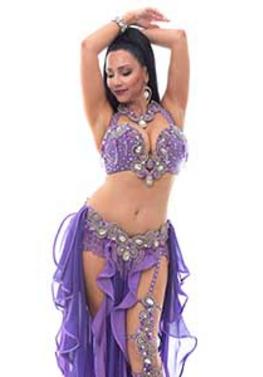 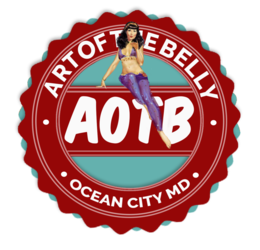 Then this is the workshop for you! As Bellydancers, we often spend more time on our hip movements

rather than other body movements. Executing fluent, bold and proper chest movements is an important and critical subject to learn for all Bellydancers. This training will provide tools for excellent chest

combos and posture as well as to help us look and feel more powerful on stage. As a bonus, Angel will

Angel Bellydance is a classically trained dancer of many styles including Classical Ballet, Pointe, Jazz, Lyrical, Modern Dance (Limon and Graham techniques), Hip Hop, Latin Dance, Flamenco and Bellydance. She began her dance training in elementary school and was raised as a competition Ballet, Lyrical, Jazz and Hip Hop dancer. She then began her professional dance, modeling and acting career at the age of 18 and has had the privilege of teaching and performing in various cities such as NYC, San Juan (Puerto Rico), Las Vegas, Orlando, Denver, Los Angeles, Virginia, Maryland, New Jersey, and Washington DC.

At the start of her career, Angel began working as a professional dancer in Puerto Rican tourism shows in hotels, resorts, casinos and cruise ships through the entire island. Angel was then introduced to Latin Dance and learned through extensive training by the choreographers and directors of the shows. However, the show which had the greatest influence on Angel’s cross-over (Ballet/Jazz into Latin Dance and Flamenco) was with “Juan Carlos and His Latin Traditions”, which was (and still is) the longest running show in Latin America. She was honored to perform with them for 15 years while also traveling back and forth between New York and Puerto Rico. Throughout her performance career, she continued her dance training in Ballet, Jazz and Latin Jazz in the Broadway Dance Center (NYC) where she was a faithful student of world renowned instructors such as Jhesus Aponte and the late, Frank Hatchett.

During her time of teaching, Angel fell in love with Bellydance. She enjoyed years of  studying Bellydance in The Bronx Dance Theater (NY), Dance and Arts Masters Inc (PR) along with any workshop, master class or convention she could attend. After many years of studying this beautiful genre, she later added Bellydancing to her list of dance skills.

Currently, Angel performs regularly in the Central Florida area as a Bellydancer in restaurants, weddings, and various other public venues, festivals and conventions.  She also teaches in-person classes (in Orlando, Fl) as well as online classes where she enjoys training dancers from all over the world!

Angel has enjoyed every path of the performing arts which she has crossed. Her goal is to continue to cross much more. She has a big place in her heart to share her dance training with others (students and professionals). Not only does Angel Bellydance continue to teach dance, but she continues her own training and research to better herself...because the sky is the limit!

Bolero Bellydance Fusion:
NOTE: The “Bolero” used in this workshop is referring to the beautiful Bolero MUSIC of the LatinCaribbean region (not the old Spanish dance from Spain). If you are familiar with Angel’s LatinBellydance Fusion style, you probably know it as sassy and fierce. However, this more

elegant “Bolero Bellydance” style will take you on a beautiful journey ranging from romance to sorrow to other over the top emotions. We will explore graceful dance technique to execute lyrical movements, emotional
suspensions of movements as well as connecting emotionally with the audience to fill THEIR hearts and souls as well as yours!….and of course we will do this through bellydance! Get ready to elongate those limbs, stretch those toes and pour your heart out!